Nearly a decade ago, Garland “G Whizz” Rowe became widely known when his smash hit, “Life”, lifted him to international stardom. TJ Records produced the song, which is a poignant thought provoking ballad about the perils of poverty. This highly emotive record went on to win the Carivibez TV 2009 Webby Award for the Best Breakthrough Video, The Youth View Award (YVA-Jamaica) and the 2010 EME Award for the “Best New Artist.” Shortly afterwards, the singer set off a joint Japan, Canada, European and USA Promo Tour. He only recently finished another successful small 2018-2019 US tour.

The Kingston based artist has been busy in and out of the studio. His latest singles are “Change Up” Produced by Studio Vybz Records, “I Believe” Produced By Digitalone Production, “Reach Somewhere” (All Natural Riddim) produced by Grammy producer, Stephen Marley’s Ghetto Youths International, G Whizz’s also have a few more tracks that in the making. His songs are available @ Internet Radio and on-demand streaming sites: ITunes, Spotify, Google Music, IHeart radio, AOL Music, Yahoo Music, Simfy, Xbox Music, Rhapsody, Rdio.

Born on the Caribbean island of Jamaica, renowned for its lush vegetation, exquisite beaches and rich musical heritage, G Whizz’s mission is to deliver positive and inspirational messages, and in time, find a place among the world’s most revered musicians. G Whizz, a committed family man, began performing as one of the lead vocalists in his school choir. It was there that he discovered his passion for singing and writing lyrics that bring hope, peace and happiness to humanity. As testament to this, he received a Certificate for Outstanding Achievement in Music at his high school graduation. Over the years, he has been gathering much inspiration from some of his greatest musical idols: Bob Marley, Wayne Wonder, Usher and Babyface! Hailed as a star, who is cementing his place in the annals of world music, the singer, songwriter and composer’s talents encapsulate Reggae, R&B and Dancehall. Having travelled and performed in diverse places, including Japan, Canada, the UK and a few Caribbean Islands, he consistently displays remarkable versatility as a world class entertainer. This has placed him on course toward a seamless and successful musical career. With the fans steadily embracing his positive energies for nearly a decade, his confidence is at an all- time high. Your experience of his live performances will be the barometer to determine his true potential. G Whizz is no doubt an awesome crowd pleaser!

His debut album “LIVE LIFE & LOVE IT”, released in Japan 2011, had delivered four (4) number one singles on the Japan Charts. He has subsequently completed a successful Japan Summer Promo Tour, attracting thousands of patrons. The album includes LIFE, TOMORROW, BETTER SOON COME, ON AND ON, WHETHER NIGHT OR DAY, MI GOAL, JAH PUT A SHIELD and “WHO JAH BLESS”. The latter made history in Japan for being the most I-Tunes downloaded single in one week in that country! In 2011, he released “BARTENDER”, which peaked at number two on the MTV Dancehall Charts in Africa and was nominated for the Carivibez TV 2012 Webby Award for “INTERNATIONAL VIDEO OF THE YEAR.”

G Whizz’s music captures a spirit of positive determination that many of us can identify with. This characteristic is conspicuously illustrated in his biggest hit, “LIFE”, which is rich with organic beats that balance the singer’s unorthodox vocal style. The entertainer always shares a mood of resilience and virtue that we all can embrace, even if we are at difficult junctures in our lives. With a very patient and easy going personality, G Whizz’s motto is “work hard and play hard.” Even with his hectic recording and tour schedules, interviews and social media engagements, he still finds the time to support charity initiatives. He has been associated with the No to Violence against Women (UNiTE PSA) campaign and school tours, where he encourages children to stay in school and get a good education. 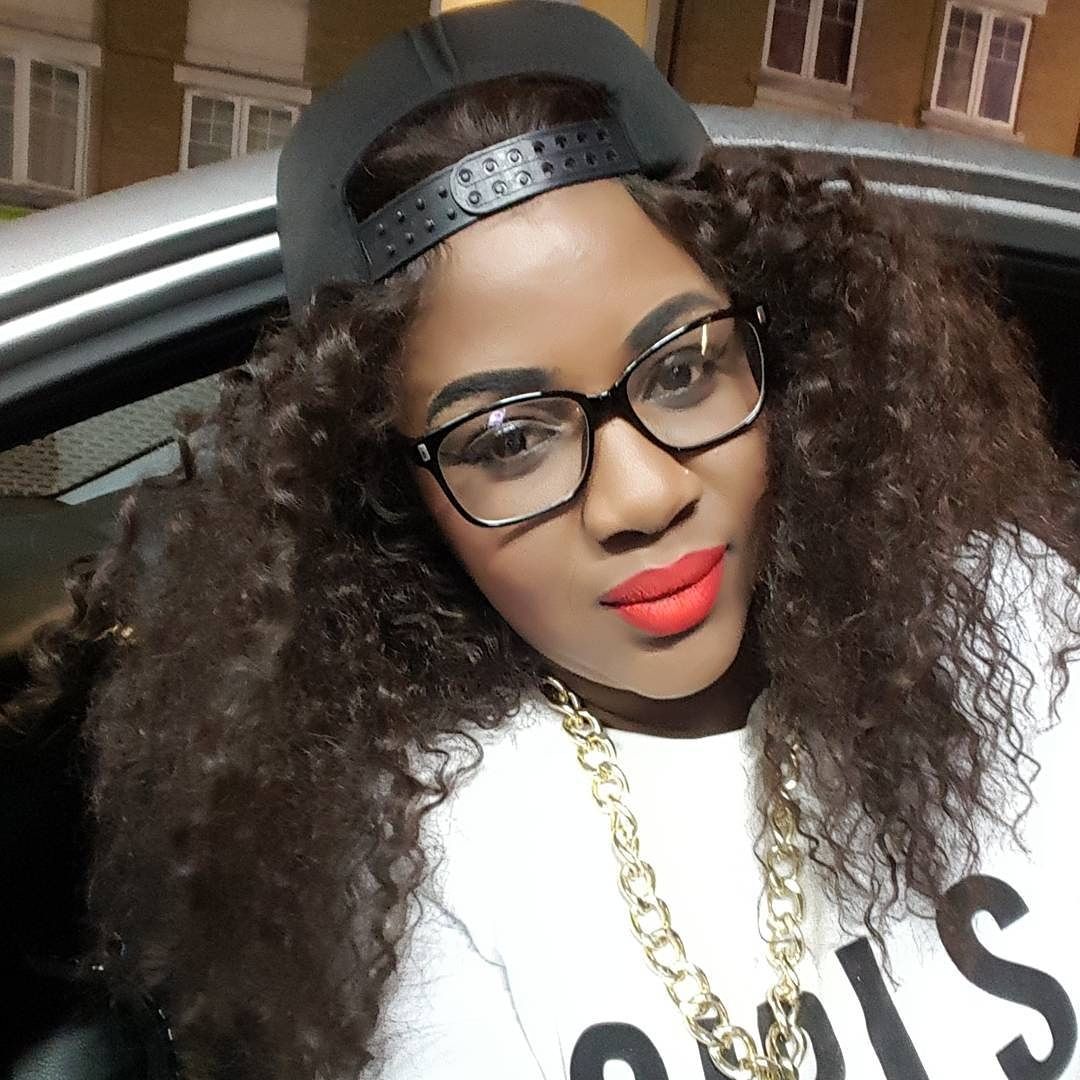 Kim Hamilton popularly known as ‘Gaza Kym’ or ‘Kym’, always had a love for music. She grew up in the Portmore Community in Jamaica and attended the Ascot High School where her vibrant and outspoken personality led her to participate in several clubs and societies. Her involvements lead her to win several awards from the JCDC Festivals in Jamaica. In 2006 while still in school Kym’s passion for music led her to entered popular talent competition ‘Tastees Talent Trail’ where she grabbed the attention of the judges who believed in her soulful voice.

The impact from this competition led her to enter the famed ‘Digicel Rising Stars Competition’ a year after, where she competed with several talents. Undeterred, Kim continued to enter ‘Magnum Kings and Queens of Dancehall’ Competition where she was the celebrity judge Miss Kitty’s wild card. “I entered every competition, at a young age, I wanted exposure and that was the best way forward” shared Kym.

After much trial and error Kym was introduced to dancehall artiste Vybz Kartel by a mutual friend. This musical relationship led to the development of ‘Gaza Kym’. With hit singles such as the remake of Shabba Ranks’ single ‘Twice My Age’ entitled ‘Teenage Pregnancy’ featuring Vybz Kartel produced by Tarik ‘Russian’ Johnson; ‘Bills’ featuring Lisa Hype also produced by Tarik ‘Russian’ Johnson; ‘Amen’ on the England Town Riddim, produced by Notnice Records; and ‘I Love You’ featuring Vybz Kartel produced by Notnice Records. Kym’s association with the Portmore Empire soon dissolved following an incident involving members of the record label’s entourage. The altercation left her hospitalized, leading to her severing ties with the label. Kym revealed that she was happy to have met Vybz Kartel but has no intension to work with him or his team again.

In 2011 she approached dancehall veteran Bounty Killer who is known for recognizing and nurturing young talent. He then introduced her to Grammy Award-winning Producer Austin ‘Kevin’ Green of Payday Music who worked with her over a period to perfect her craft. He released six tracks for Kym in 2011 including ‘Haffi Come Back’ on the ‘Intimacy Riddim’; ‘Bubble’ on the ‘Quick Fix Riddim’; ‘When We’re Apart’ on the ‘Real Reggae Riddim’; ‘Hush’ on the ‘True Stories Riddim’; and ‘Got To Go Right Now’ on the ‘Luv Mood Riddim’. She also released videos for ‘Bubble’ and ‘Whine Pon’ and completed collaborations with dancehall artistes Patexxx and Raine Seville.

In August 2011 Kym was nominated for the ‘Best International Female Artiste Award’ at the British Reggae Awards along with reggae artistes Tanya Stephens and Queen Ifrica. Kym has since performed in countries such as Guyana, Suriname, St. Lucia, Martinique, Belize, London, St. Vincent, and French Guiana, just to name a few. “I love performing for my fans, no matter where they are in the world. They are the ones who motivate me to continue pushing this hard to be successful” shared Kym.

In 2013 Kym met dancehall artiste Kiprich and was introduced to Outta Road Productions where she recorded several collaborations with the dancehall artiste. Soon after she released two hit singles entitled ‘Guns Out’ produced by New Elements Entertainment on the ‘One Man Army Riddim’ and ‘Nuh Behaviour’ on the ‘Worries Riddim’ produced by Left Side Productions.

Whether recording reggae and/or dancehall Kym believes that her work in music is just beginning. She shared “I am always in the studio, music is my life”.

As early as 12 years old Kemarly Thomas stage name Kahsion began his journey into music. The entertainer who moved around a lot in his earlier days resided in St. Catherine, Kingston and Manchester, Jamaica. He was influenced by this uncle who owned and operated a sound system called ‘Solid Stone’ where his brothers practiced the craft of mixing. Kahsion on the other hand had a great love for performing for his classmates, members of his neighbourhood, family and friends.

Inspired by the likes of rapper Lil Wayne and the soothing sounds of the legendary Bob Marley, Kahsion penned new music and practice at home. He was soon encouraged by friends and family to enter popular Jamaican Talent Show ‘On the Verge’ where he placed 5th. With the boost from the competition, he released his first official single ‘Choppa’ produced by Magic Touch. The single was well received and his journey into music began.

In 2017 he worked actively with the producer, Magic Touch to release singles such as ‘Hi Like Hi’, ‘Enemies’, and ‘Speed Dial’ to name a few, all of which helped to establish him as an entertainer. Now garnering a local fan base Kahsion moved towards signing with St. Thomas based label, Flydie Wise Production where Manager Garthfield Whyte helped to propel his career. In 2018 he released the single and video for ‘Miss Rich’ produced by Brave Money Records. The single was a hit and received media support locally and internationally.

Performing now on over 50 Jamaican shows, Kahsion is being requested for shows in other Caribbean islands, the United Kingdom and Africa. It is in his intention to make a name for himself as one of dancehall’s heavyweights. Showing interest in dancehall and reggae, Kahsion wants to be remembered for his ‘lyrical prowess’ and ‘charismatic style’.

Taylor Made Events and PR Management 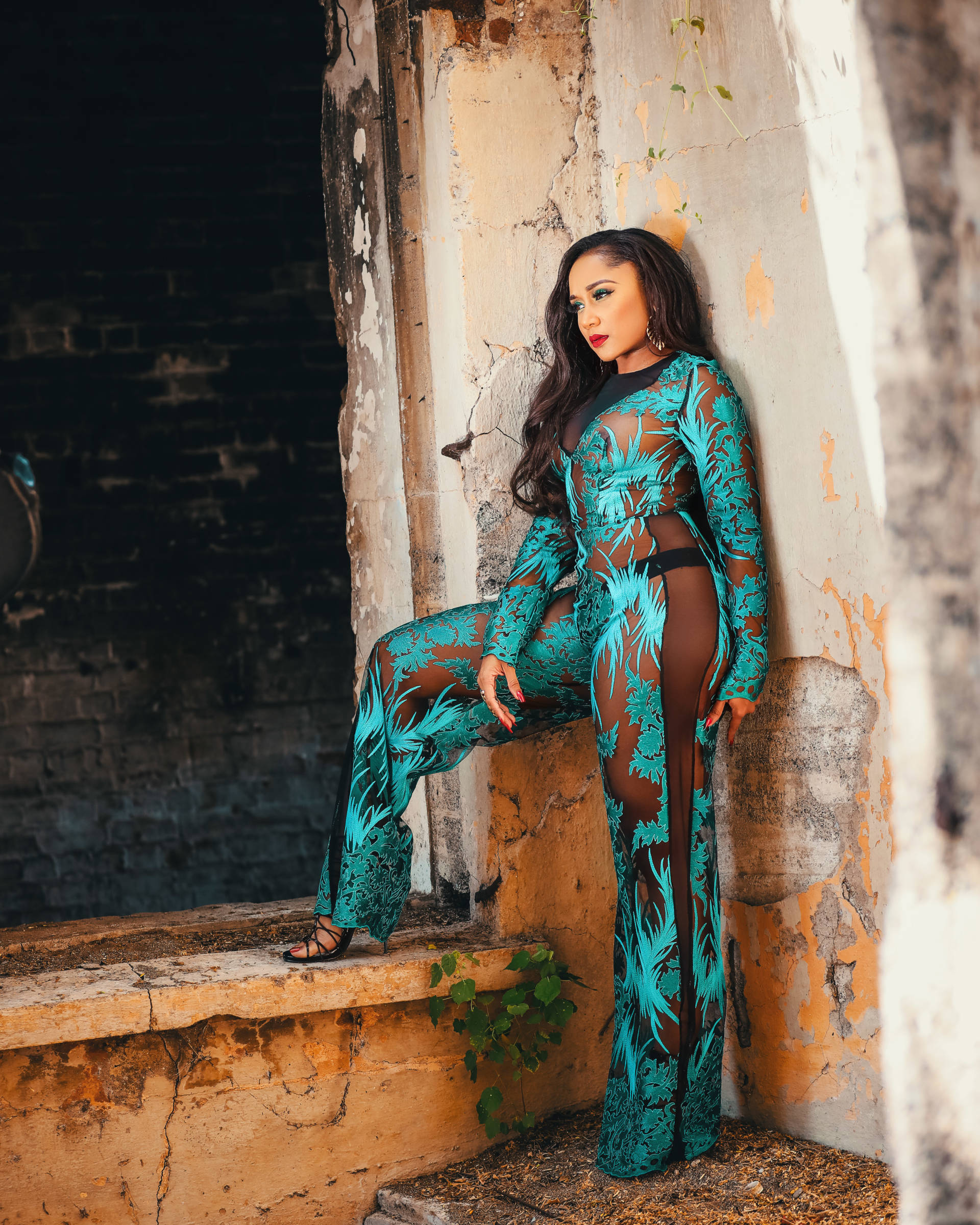 All-rounded, highly motivated, and truly grounded are just a few words to describe Renee Reid more popularly known as Rre. This sultry artist has grown to appreciate R&B, Souls and Pop music from her musical icon, Beyonce. Born and raised in Kingston, Jamaica, Rre was exposed to music at a tender age through her love for dance. She has performed on several major stages to dance routines with Ballet, Modern to African, Dancehall and Pop music. Rre has also cemented herself as a principal dancer for the popularly known Dance Theatre Xaymaca (DTX) based in Jamaica and now as a recording artist.

Balancing her job as the Corporate Account Manager for a major Telecommunications Company in Kingston, Jamaica with music has never been an easy job for Rre but she is determined to make a name for herself in the Music Industry. In many ways it is evident that Rre encounters and exhibits the traits of determination and drive, to accomplish her dreams. Her music and fashion sense is one of class and sex appeal tastefully molded together. Her business persona has also aided her to fully develop her brand ‘Regal Recit’ which comprises of several fashion merchandize along with her music.

Rre has made her mark by touring the United States, Suriname, Cuba, French Guyana, Bahamas and Trinidad and Tobago, to name a few. In 2016 she performed in Jamaica at Reggae Sumfest International Night II (Digicel Stage), SunCity Radio College Tour, Youth View Awards, and GT Taylor Extravaganza. She also performed at Hennessey Artistry held in Bahamas and Amazura Night Club in New York. In 2017 she performed on Zip FM High School Tour and Clarendon Seafood Festival while on the international scene she performed on New York Memorial Weekend Parade, and MVP Fest in Miami to name a few.

Her musical journey also included collaborations with the reggae dancehall sensation Sizzla Kolanji; Bay C of T.O.K.; upcoming artists Torch and Javada; Qraig from the dancehall duo Voicemail and international recording artist Mavado and Stonebwoy. These collaborative efforts came through her affiliations with some of Jamaica’s top producers such as Anju Blaxx of UIM Records; Jam2 Records; Comar Campbell of Frankie Music; Timothy Kahwa of Quikkeys Productions; Dre  Day Productions; Christopher Birch and Kirk Shines of All Faces Entertainment to name a few.

Rre is the replica of success, pride and drive as she actively works on building all her brands.