‘SHE’ Inspires Women Through Depression & Abuse 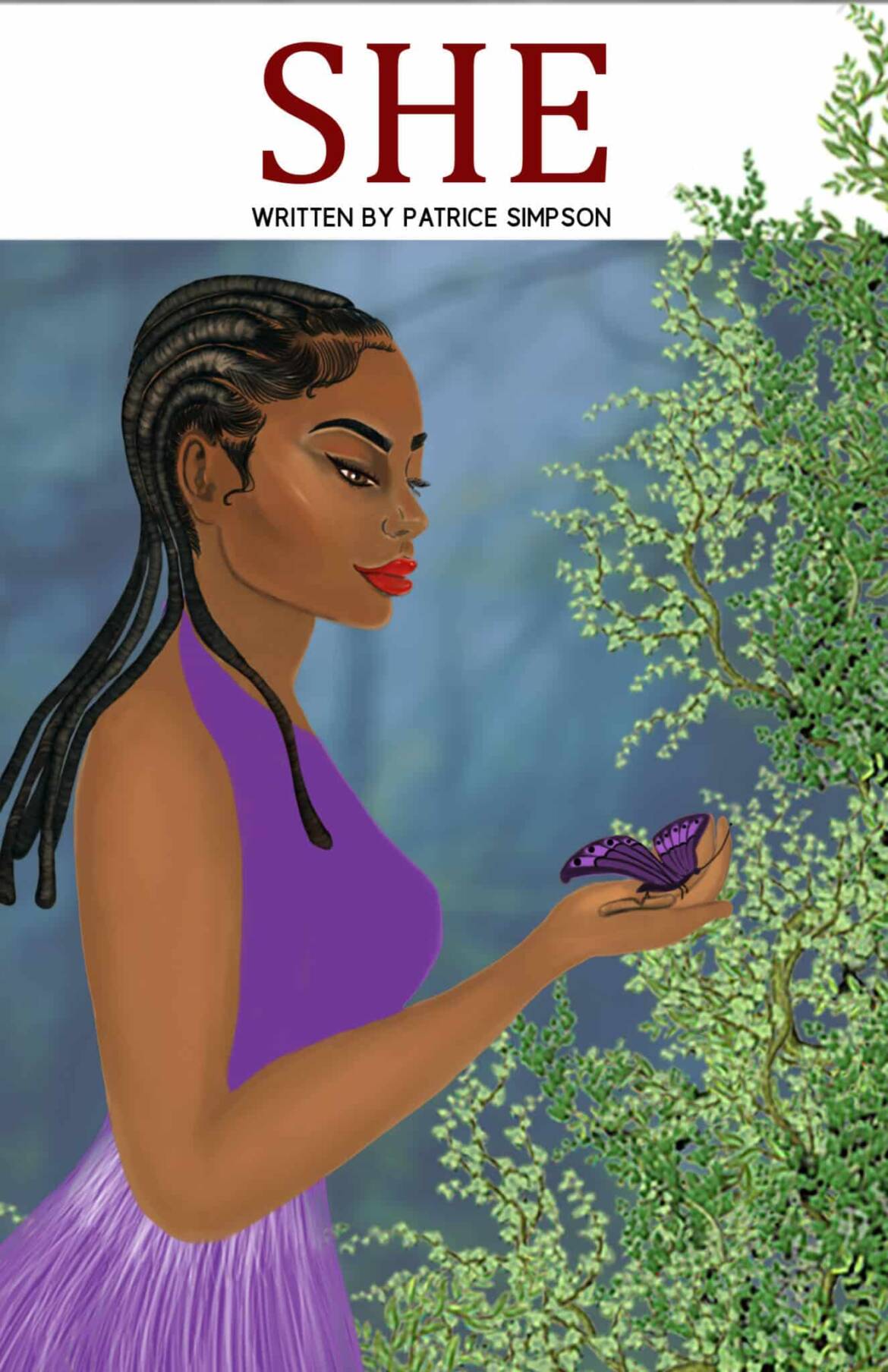 Depression is nearly twice as likely to affect women than men and can be caused by stress, social pressures, and even reproductive hormones. Depression, relationship problems, and mental and physical abuse are just a few of the issues being faced by females today. The first-time author, Patrice Simpson has published her book entitled ‘SHE’, which she describes as a “collection of vignettes inspired by the lives and struggles of real women”.

The self-published book features 70 vignettes that support different themes. Patrice shared, “Women struggle every day with low self-esteem, physical abuse, and a lack of self-love. Sometimes we forget that we have a voice we can use to inspire other women around us, women who share the same struggles and cannot seem to find their way out. I have used my God-given talent to create these vignettes to reach out to my fellow women, to let them know that it is okay to struggle”.

Patrice had a great, yet complicated childhood. Her father migrated to live in England when she was six years old. It was one of the most difficult times in her life. Holding on to a lot of toxicity, it affected her in her teenage years. She lost sight of her purpose and in 2017 she became pregnant and unemployed. Five months into her pregnancy she began to write short pieces in the third person using “she”. After giving birth to her son in November of that year, she knew her life had changed, and it was time to make up for lost opportunities with a new career.

‘SHE’ targets women ages 16 – 65 years old and was created with a predominantly female influence. Author, Patrice Simpson, who reigns from Falmouth grew up with her mother and five sisters and was inspired by the stories and struggles faced by family and family friends. She added, “The idea was created to touch the topics realistically, so the emotions are truly felt. We all go through something in life, but we can all be victors if only we believe in our capabilities. I encourage all my readers to think positively through all adversities, no matter how hard they may seem to be”.

The book is described by many as ‘relatable’ and ‘thought-provoking’ and is an easy read. ‘SHE’ has a Kindle version available on Amazon and paperback versions available in stores in Jamaica. Patrice Simpson also intends on continuing her journey as an author who puts together works that are filled with relatability, wit, and uniqueness. She wants to be remembered for her strength, humility, and endurance.

Patrice Simpson is now a full-time mom, published author, and publisher (as she self-published her first book). For her, the journey does not end here, it has only just begun. She encourages young girls to forgive their mistakes and believe in their abilities because nothing is impossible. Patrice currently resides in the town of Falmouth with her family. Her dream is to continue writing.

The cover was designed by Jodi-Ann Dyer (Owner of Jodale Designs) and features a young lady in a peaceful garden holding a butterfly. The purple outfit she has on represents ambition, nobility, and Patrice’s former school – St.Hilda’s Diocesan High School. The cover also has sentimental value as the butterfly represents endurance, change, hope, and life.