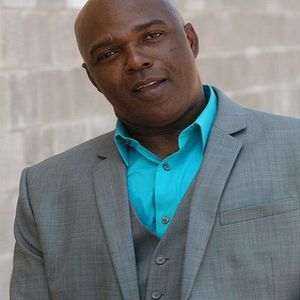 Previous item Rre and Stonebwoy set to... Next item Cancer Survivor Set to...

With the recent increase in crime and violence in Montego Bay, Robert Minott has released his single ‘Rub a Dub Party’. The single is in an effort to remind Jamaicans of a more positive vibe and energy promoting love and unity. While some may dub the single as lover’s rock, Minott believes that his music will help to lift the spirits of people offering a smoothing and ‘mello’ vibe.

Robert Minott releases timeless music that he believes will resonate in the minds and hearts of the listeners. He said “I wanted to remind people in this song of the days of rub dub at parties when the vibe was nice and there was no fighting, aggressiveness or hate. It is a very difficult time for all Jamaican families now and as an entertainer I want to give back through my music”. The song has been played in Jamaica, Trinidad, Chile, London, New York, New Jersey, Florida Israel, and Lithuania for which Minott’s fan base is growing.

The artiste who resides in the United States reigns from St. Andrew, Jamaica where he derived his interest for music from several music veterans inclusive of reggae stalwart Sugar Minott, legendary Bob Marley, Dennis Brown and Sam Cooke. He is known for singles such as ‘Irie’ with Bunny Rugs of Third World and Jamaican born NFL Player, Marlon Ultimate Greewood and ‘Roll it’ which was a collaborative effort with dancehall artiste Elephant Man to name a few.

The reggae artiste who began his career in the 80s has made a name for himself on the local and international market. Minott is now in promotion mode as he pushes ‘Rub a Dub Party’. He can be followed on Facebook, Instagram and Twitter @RobertMinott82